Posted on January 27, 2018 by Richard Cornelisse

From 1 July 2018, taxpayers are as stated earlier obliged to provide within 24 hours invoice data for domestic transactions with a minimum VAT amount of 100,000 HUF (322 EUR).

Although we offer a fully SAP-integrated solution in SAP itself to submit required data in an automated way, it is essential to review whether the data in SAP itself is correct and complete.

The Key Group has recently delivered its Hungarian SAP health check pilot for one of its major clients, and the outcome was that quite some changes in SAP had to be made to avoid either future questions by the tax authorities or announcement of a tax audit when data is submitted mid-2018.

Please keep in mind that the Hungarian tax authorities are aware that SAP setup itself is often not in order and that tools outside the ERP system are used to remediate and manipulate tax data outside of SAP with the purpose to improve tax reporting.

The full automated legal requirement is to force taxpayers to remediate the ERP VAT setup itself and realize that taxpayers do not use workarounds as Excel sheets or similar tools outside the ERP system as human intervention is not allowed.

When the definitive EU VAT system becomes in force – expected in 2021 – these data requests become even more critical.

The local tax authorities will use the acquired tax data to check whether sufficient tax revenue is received from the other Member State(s).

Based on this pilot we have designed an efficient and effective assessment process that will include not only an overview of gaps but as well our view how to remediate these gaps in SAP itself.

eInvoicing requirements in Hungary per July 1, 2018

Posted on January 26, 2018 by Richard Cornelisse

From 1 July 2018, taxpayers are as stated earlier obliged to provide within 24 hours invoice data for domestic transactions with a minimum VAT amount of HUF 100,000 (322 EUR).

The ERP system must be able to detect sales invoices meeting reporting requirements: the minimum VAT amount. To be able to comply with the requirements and provide the data on in time, a taxpayer needs to develop either tooling or purchase a solution.

When invoicing takes place using an accounting/billing program, the invoice information has to be transmitted immediately from the billing program to the National Tax and Customs portal (NAV) without human intervention, via public internet, shortly after the invoice has been issued.

Taxpayers who do not send the data online immediately will be subject to tax penalties. The fundamental principle of the data supply is that an XML data file may contain only one invoice.

If for technical reasons, the billing program sends multiple invoice data to the tax office at a time; it cannot do so in a single data file. Breaking the accounts into separate data files is necessary.

Towards a new and definitive VAT system for the EU

Posted on October 13, 2017 by Richard Cornelisse 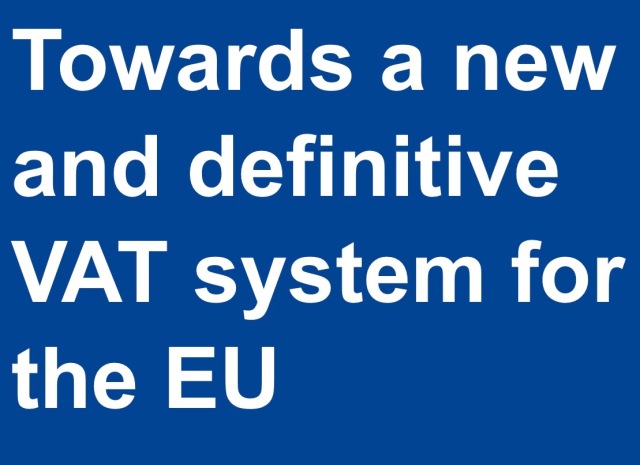 According to the Commission’s proposals, VAT will now be charged on cross-border trade between businesses. Currently, this type of trade is exempt from VAT, providing an easy loophole for unscrupulous companies to collect VAT and then vanish without remitting the money to the government.It will be simpler for companies that sell cross-border to deal with their VAT obligations thanks to a ‘One Stop Shop’ (OSS).

Traders will be able to make declarations and payments using a single online portal in their own language and according to the same rules and administrative templates as in their home country. Member States will then pay the VAT to each other directly, as is already the case for all sales of e-services.The Commission also proposes a move to the principle of ‘destination’ whereby the final amount of VAT is always paid to the Member State of the final consumer and charged at the rate of that Member State.

Source: Towards a new and definitive VAT system for the EU

Being ready for GCC VAT introduction when operating SAP

The Governments of the Gulf Cooperation Council (GCC) – Bahrain, Kuwait, Oman, Qatar (status unknown due to GCC politics/friction), Saudi Arabia and the United Arab Emirates that make up GCC – are committed to form a common framework for the introduction of value added tax (VAT) in the region. In order to achieve conformity within the GCC, it is anticipated that the six member states will all aim for implementation of VAT during the period commencing 1 January 2018 or by the end of 2018.

VAT as a process will affect many aspects of businesses operating in the GCC and will require significant time to plan, and integrate into existing processes. The objectives:

Based on above objectives the PDF document ‘More detailed description of Work in booklet’ [see link below] established the scope, schedule and means of initiating the work to be performed by the service provider and describes or references the specifications, instructions, standards, and other documents, which the service provider shall satisfy or adhere to in the performance of the work.

Istanbul, Turkey and Amsterdam, the Netherlands — SNI and Key Group announce for 50 multinationals a successful Spanish SII filing
The Spanish SII filing, a new requirement introduced by the Spanish government, requires taxpayers to submit VAT relevant transactional data of their Accounts Payable (AP) and Accounts Receivable (AR) records in a specific XML format close to real-time to the Spanish tax authorities (AEAT). To support these new regulations our clients have implemented our SAP add-on for Spain.
That is a SAP integrated solution for Spain with a cockpit to select reportable outgoing and incoming invoices, create periodic SII files (envelopes), E-submission of SII XML files and control reports. The creation and submission of the SII reports could be fully automated in SAP Batch jobs. It is however also possible to do some SII reports (for example the sales invoices) fully automated and other SII reports (for example the incoming invoices) manually.
We are pleased to announce that our first actual SII VAT filing submission were completed successfully prior to first submission deadline.

All flags are green 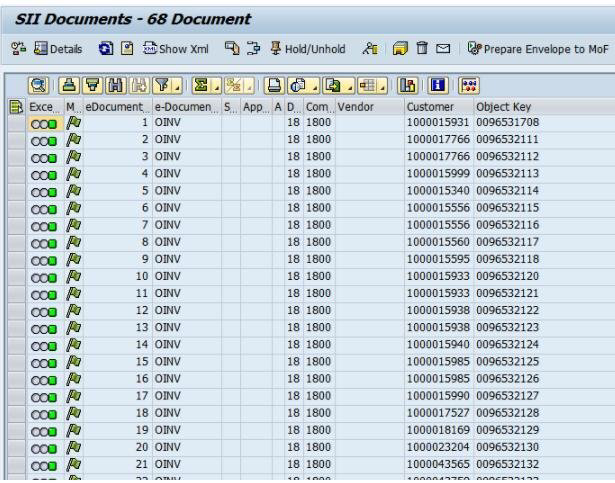 Posted on April 4, 2017 by Richard Cornelisse

A partnership is closed between the Key Group, SNI and the international operating SAP consultancy firm ‘ConVista Consulting’ with offices amongst others in Madrid and Barcelona. Key Group and SNI operate from Netherlands, Poland and Turkey.

In order to establish synergies to support business SAP challenges of our clients we have setup a joint venture initiative in the past. Tax SAP experts – KEY Group and Phenix Consulting – developing together with SNI a global development partner of SAP and leading software company in the area of e-invoice, e-bookkeeping, e-archive, e-ticket.

SNI’s core business is to provide SAP certified add-ons for legal compliance to a large number of global well-known companies. We have therefore access in-house to senior Tax SAP experts working together with SAP experts (functional and technical). That means our turnaround time is fast and our quality is very high.

A partnership is closed with the international operating SAP consultancy firm ‘ConVista Consulting’ with offices amongst others in Madrid and Barcelona. Our partnership relates to distribution, implementation and maintenance support (Spanish language) for our SAP SII add-on solution for Spain.

ConVista is an experienced consulting firm with a large track record in the design and installation of financials & treasury applications with SAP. We offer comprehensive IT consulting services complemented by custom software development. ConVista provides a complete service offering from a single source. Streamlined processes, a higher degree of automation and shorter project durations serve as indicators for improved efficiency. Expertise in process, technology and methodology form the fundamental components of our work. We combine long-lasting experience in the implementation and delivery of large programs with in-depth knowledge of treasury applications from SAP.

The auditor is not (yet) a risk analyst

Posted on April 4, 2017 by Richard Cornelisse 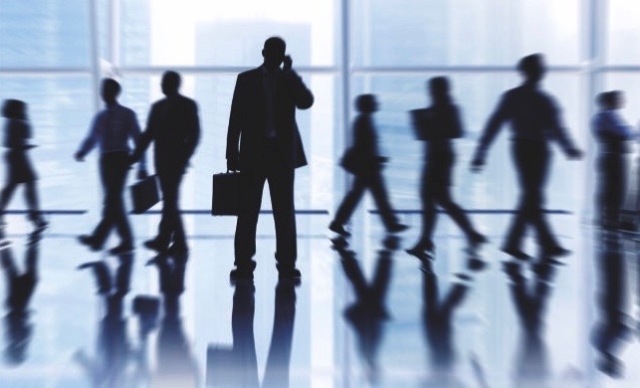 The term materiality has many meanings and definitions. Boundaries of materiality are primarily determined based on personal estimations. This can be estimations by auditors, risk management departments, company directors, etc.

The external auditor’s task is only to provide an opinion whether the annual accounts provide a true and fair representation of the company’s affairs. He or she is not asked to provide a statement regarding the accuracy or the acceptability of the submitted return for corporate tax, income tax, VAT etc.

The examples of tax situations listed below should, however, also receive full attention from auditors. These stock market listed companies have after all, been obliged based on the SEC rules to report their risks to their investors:

In case these tax-related issues are considered individually per county and per company, it could be put into question whether these matters are also material for the auditor. Notably, the media also discuss the reputation of these companies. Any potential reputational damage and/or fiscal uncertainty might impact not only the share price but also external relations including that with the tax authorities.

The loss of tax income due to the movement of assets to low tax rate jurisdictions is conservatively estimated to total between $100 and $240 billion.

The amount of media attention, public indignation and political reactions these cases have received – including for instance that of US senator and (former) presidential candidate Bernie Saunders – emphasize the differences in tax morality. Why should ordinary citizens comply with tax obligations, while multinationals or soccer players are attempting to avoid paying a ‘fair share’ of taxes by means of tax-saving structures? Both media and politics have given a great deal of attention to cases such as the ‘Panama Papers’, ‘Lux Leaks’, ‘The Netherlands Tax Haven’ and ‘Football Leaks’.

In the context of an investigation regarding state aid, the European Commission states that providing tax rulings (advance pricing agreements; APA’s) should not result in situations in which some taxpayers pay less than other taxpayers under the same circumstances.

As a result of the Panama Papers, many Corporate Service Providers, shell corporations and advisors are interrogated by the Dutch parliament with regard to tax avoidance and tax evasion. These are companies without any significant assets or activities in the Netherlands that solely serve as a vehicle for shifting interest and royalties within international companies. Due to the application of tax treaties, this construction results in a significantly lower corporate taxes.

During his presidential campaign in 2008 Barack Obama illustrated the issue:

Evidently, we’ve entered a broader discussion, reaching beyond the question of what is tenable based on fiscal laws and regulations. Beside financial risks – that can be material – it concerns reputational damage, which can, as previously mentioned, negatively affect share prices.

Business operations can thus be fiscally appropriate, complying with tax laws and regulations, yet deemed unacceptable according to societal norms. This is a relatively new phenomenon in terms of reputational risks that affects the risk management from the overarching ‘business control framework’.

Questions that need to be asked include for instance: does the current business model still fit the ‘reconsidered’ business strategy?

In terms of tax revenues, a global trend is emerging shifting from direct to indirect taxes. The rates for VAT are increasing, whereas the rates for corporate tax are decreasing. An average multinational has over €5 billion in indirect tax flowing through the business. A mistake of one percent can make the difference between profit or loss. This is material, also for an auditor.

Above is a translation of article published in Vakblad Tax Assurance. Dutch version can be downloaded for free: Download click the link